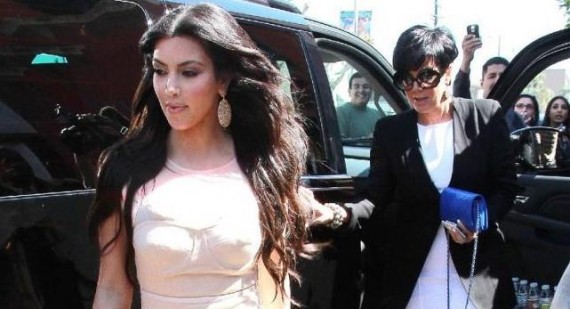 She was labeled as the favourite Kardashian child in the last episode of Keeping Up With Kardashians, but if what the latest reports are suggesting is true, Kim Kardashian and her Mum, Kris, are at war.

With speculation over whether Kim will have her own reality TV show with rapper boyfriend Kanye West, HollywoodLife has reported that the mother and daughter are now at war over it.

According to the site, Kim, who featured estranged husband Kris Humphries in her reality TV show with sister Kourtney last year, is keen to focus on her relationship and her travels with the rapper, whilst Kri, who is also Kim's manager, wants to inject some drama into their own show.

Having come to blows over what they want for the rumoured show, an insider claimed: "It’s not pretty! Kim is sick and tired of Kris trying to control every aspect of her new reality show with Kanye. They don’t share the same vision at all. Kim wants it to be cute and sweet and Kris wants drama, drama, drama!” 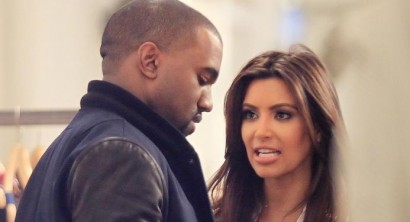 Apparently Kanye is taking a backseat and not getting involved, according to the insider. They continued: "Kanye is keeping his mouth shut about the reality show. Of course, his number one priority is making Kim happy, but he doesn’t want to get on Kris’ bad side. He has agreed to go ahead with the show, but refuses to get in the middle of Kim and her mother."

Explaining that Kris is trying to get Kim and Kanye to 'fight' over a property to buy in London following the reports that Kim wants to bring her Kardashian Kollection over, the source added:
"Kris is convinced that the show will only do well if there is drama, so she wants Kim and Kanye to pretend like they are fighting over which flat to purchase in London. Kim thinks this is completely ridiculous and is not willing to put on an act for ratings.

"Until Kim and Kris can see eye to eye, nothing is going to happen unless they can somehow meet in the middle." 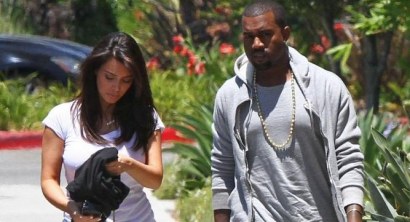